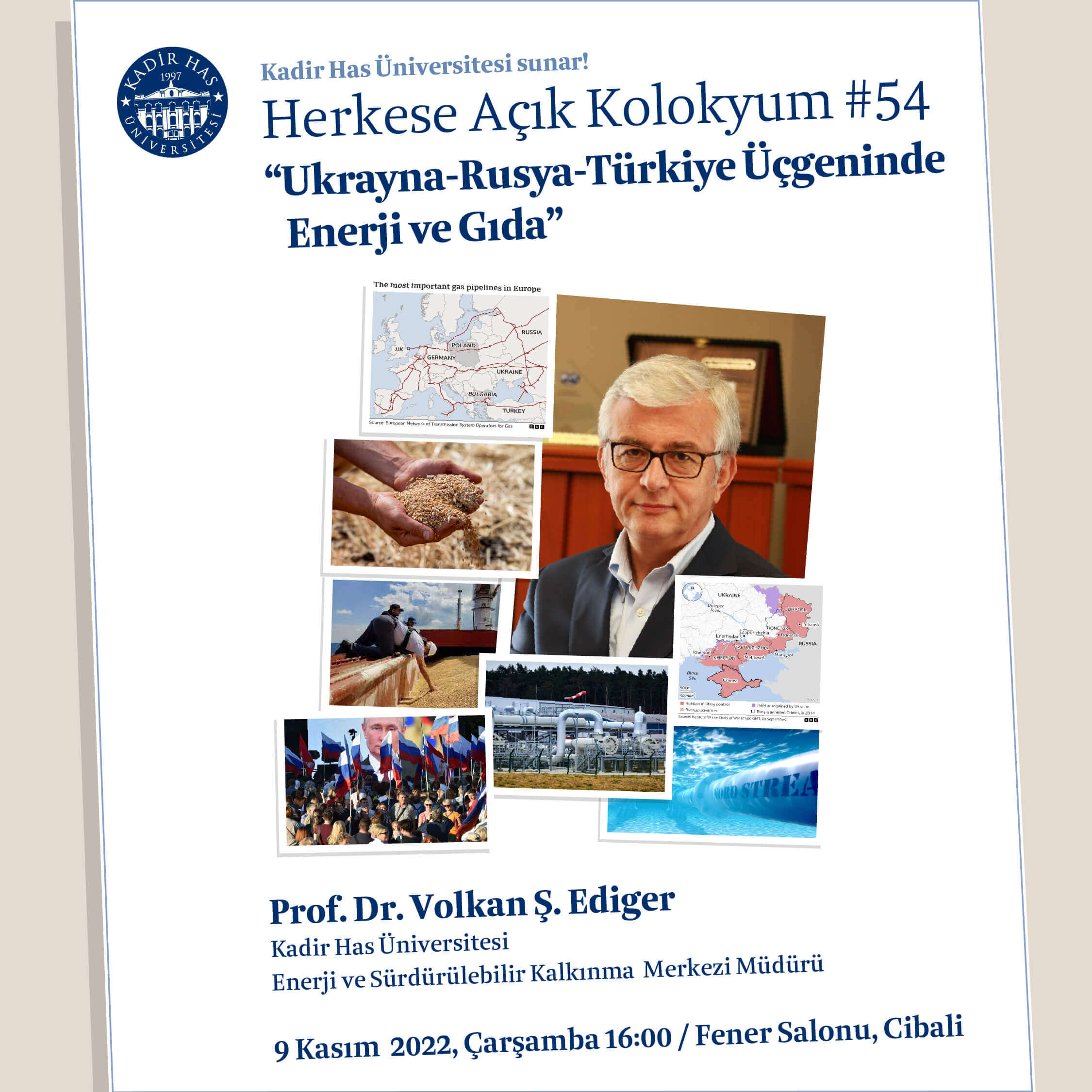 In the 55th event of KHAS Public Colloquium series, the guest will be Asst. Prof. Yasemin Önder from KHAS Molecular Biology and Genetics Department on Wednesday, November 23 at 4:00 pm with her speech titled “Biological Clocks, Neural Circuits and the Metabolism Symphony”.

You may follow the event at Fener Hall. The event will be in English.

Abstract: The prevalence of metabolic disorders such as obesity is on the rise globally, placing a huge burden on the individual and the healthcare systems around the world as these diseases have many comorbidities like heart disease and hypertension. The control of metabolism is a balancing act, where nutritional and hormonal signals from the peripheral organs as well as information from the environment is processed in the brain which will then coordinate the responses to these signals. In order to adapt to daily cycles resulting from the 24-hour rotation of the Earth, many metabolic processes in our body have a ‘circadian rhythm’. The first part of my talk will be about the peripheral control of the metabolism, where I will present my work on how a circadian protein, Nocturnin, regulates metabolic adaptation in brown adipose tissue. The second part of my talk will focus on the neural circuits controlling metabolic function and hunger and satiety responses.

About the Speaker: Dr. Yasemin Önder received her undergraduate degree in Psychology from Hacettepe University in Ankara, Turkey in 2006. She then moved to the US and obtained her M.S degree in Applied Cognition and Neuroscience at the University of Texas at Dallas in 2010. She earned her PhD degree in Neuroscience at the UT Southwestern Medical Center at Dallas, TX in 2018. During her PhD work, she studied the role of a circadian protein in mitochondrial function and metabolic adaptation. She then pursued her postdoctoral studies in Dr. Maribel Rios’ laboratory at Tufts University in Boston where she worked on the molecular and physiological mechanisms underlying feeding behavior and metabolic regulation in the brain. Dr. Önder’s overarching research interest is to understand how the synaptic circuitry is rewired in response to environmental and metabolic demands as well as in the context of neurological disorders and she is planning to achieve this by studies both at the cellular and circuit level using molecular biology and electrophysiology as well as using unbiased top-down genomic approaches such as single cell sequencing.

Kadir Has University's website uses cookies to provide an adequate user experience (Cookie Policy). You can view the Informative Text on the PPD Law (KVKK) within the scope of the law on protecting personal data here.
No, ThanksAccept
Manage consent

This website uses cookies to improve your experience while you navigate through the website. Out of these, the cookies that are categorized as necessary are stored on your browser as they are essential for the working of basic functionalities of the website. We also use third-party cookies that help us analyze and understand how you use this website. These cookies will be stored in your browser only with your consent. You also have the option to opt-out of these cookies. But opting out of some of these cookies may affect your browsing experience.
Necessary Always Enabled
Necessary cookies are absolutely essential for the website to function properly. This category only includes cookies that ensures basic functionalities and security features of the website. These cookies do not store any personal information.
Non-necessary
Any cookies that may not be particularly necessary for the website to function and is used specifically to collect user personal data via analytics, ads, other embedded contents are termed as non-necessary cookies. It is mandatory to procure user consent prior to running these cookies on your website.
SAVE & ACCEPT